The following recent blog posts share why AAUW Detroit members joined the organization and what keeps them involved in the work to support women and girls achievement.

“As the mother of a seventeen year old daughter, I believe it is essential to share with young girls and women the importance of equality in the workforce, equal pay, and give them access to a support network of educated women with whom they can share their experiences with.  I live in metro Detroit so that is why I am very excited to be a part of this branch…To be able to promote and advocate for young women, especially the young women from my own community, is very important to me. I am looking forward in participating not only in the local branch, but at the state and national levels as well.”  – Melissa Vela , AAUW Detroit Member

“I joined AAUW for several reason:

Persistent in the minds of many is the notion that career choice and career path primarily determines women’s wages. While it is a factor, it does not fully explain the gender wage gap. “Graduating to a Pay Gap,” AAUW‘s latest research, examines the issue for female and male college graduates one year out of school. “Controlling for hours, occupation, college major, employment sector, and other factors associated with pay, the pay gaps shrinks but does not disappear. Indeed, a third of the gap cannot be explained by any factors commonly understood to affect earnings, indicating that other factors that are more difficult to identify — and likely more difficult to measure — contribute to the pay gap.”

In the occupational area of secretaries and administrative assistants, where women represent a 95.7% share, men in those same positions are earning almost five percent more than women ($547 vs. $529).  The data shows that in 107 out of the 111 most popular occupations, women have lower median earnings than men, regardless of levels of education, including in the 10 most common occupations for women.

Pay equity is not simply a women’s issue – it’s a family issue.  Families increasingly rely on women’s wages to make ends meet. Women’s incomes in married households contributed 36 percent of total family income in 2008, up from 29 percent in 1983. This increased income contributes to the overall economic vitality of the nation.  All of which means that our collective thinking about pay equality must transform in fundamental ways as it is an economic security issue that impacts everyone.

“AAUW advances equity for women and girls through advocacy, education, philanthropy and research.” 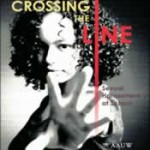 Based on findings from a nationally representative survey conducted in Mayand June, 2011, this report presents the most comprehensive research to date on sexual harassment in grades 7-12 and reveals some sobering statistics about the prevalence of sexual harassment and the negative impact it has on students’ education.

The report concludes with concrete recommendations and promising practices for preventing sexual harassment directed at school administrators, educators, parents, students and community members. We hope readers will be inspired to take new steps toward making schools free from sexual harassment.

AAUW has been at the forefront of sexual harassment research for over a decade, including the 1993 Hostile Hallways survey and the 2001 follow up report, Hostile Hallways: Bullying Teasing and Sexual Harassment in School.
Report